As pointed out by community members, FRAX/mUSD liquidity pool is relatively small in terms of TVL and participation in 24h volume of FRAX transactions. Especially with the recent market concerns with stable coins, users not comfortable holding mUSD (fine with holding frax though)

We would like to propose removing the gauge from FXS as this essentially allows stable pools and other FRAX/FXS/FPI/FPIS-focused pools to gain more rewards. Also, FXS emission would be used more efficiently for the stability of FRAX as well as the extension of the market cap of that.

This is somewhat of an unusual proposal and it will also be used as a way to test community sentiment on having FXS receiving gauges on pools that source their yield from FXS.

We will set the farm reward to 0 for FRAX/mUSD pool and people can withdraw from the farm afterward.

I’m in favor of this proposal. There is already enough capital deployed for Polygon on Curve and Uniswap, so this liquidity pool is close to useless for FRAX.

I am for killing it. Gauge has degraded for mUSD to the point I want to unlock anyway

As I understand, mUSD is backed by USDC, USDT, DAI and sUSD. Those are all pretty solid, so there is not a lot of reason to fear that it will go down like UST has done.

Most of the liquidity in the pool is locked for multiple years, so it provides valuable backing for FRAX. Low gauge APY is not a reason for killing a gauge, if you want higher APY you should buy FXS and vote for it, or bribe others to vote for it.

Low gauge APY is not a reason for killing a gauge, if you want higher APY you should buy FXS and vote for it, or bribe others to vote for it.

This is only partial reason. The liquidity becoming irrelevant to provide any meaningful backing for frax. Besides if this pool stops, I would like to join full frax/usdc pool to be more secure.

The main concern is musd which can lose peg. Its famous last words to say the peg is “pretty solid” when the industries biggest stable coin unpegs and destroys 50billion dollars. Thats the main reason to stop this gauge.

I was will just use my vote to kill the gauge, then add it to my Uni USDC position. Much simpler.

I agree to kill Frax/mUSD gauge to be able to incentivize other pools.

not a fan of this proposal.

when people lock up their assets in the gauge pool they are made aware that the APR will go up and down depending on FXS price , amount of FXS emissions and % of the gauge vote.

saying people would rather hold FRAX because of the UST collapse just seems miss-guided.

both FRAX and mUSD have seen a drop in market cap over the last few weeks, FRAX has dropped by a bigger amount in $ terms and % terms.

this kinda seems a bit like
“the APR went down, best put up a proposal so i can exit the pool”
and this is not a healthy way to operate locked liquidity pool.

the better option would be to ask what can be done to improve the rewards in the forums here and at mUSD.

I was actually happy with the APR the last couple of months, but to be fair i was expecting this to be migrated already to a veFXS boost enabled gauge pool, as this one was supposed to be temporary if i recall it right. Most will probably use their unlocked liquidity to transfer it to a safer gauge pool preferably veFXS boosted (that’s what i’m gonna do).

The fact that there is already enough protocol owned liquidity on Polygon making this pool somewhat meaningless, having extra room for incentives on other more useful gauge pools and an added risk of a de-peg in these market conditions should at least be good enough to put it up for a vote.

I am in favor of this proposal as it will allow small Frax holders to use their liquidity in a smarter way. I will personally move them to the FPIS - FRAX pool on Ethereum.

Right now, there is a systemic risk with MUSD in my opinion…

Whales control this pool and they don’t own any FXS, I feel sorry for the small holders who got trapped in it…

I did and they never replied to my proposal. This pool doesn’t help Frax in any way but penalizes small Frax Holders (and a large number of them). See this as a win win situation for Frax holders and the protocol that can use the gauge pool elsewhere

the people that locked have already been paid a higher reward for being locked, if they didnt choose to use them rewards to vote for there own pool then i dont really see that as a reason to end the it.

nothing has changed since the pool was launched and all the terms where clearly laid out to people that invested.

more reasons to vote yes to kill the gauge, Polygon is not that secure! 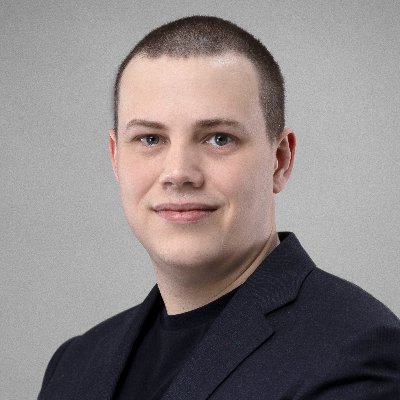 @Justin_Bons
1/25) Polygon is still highly insecure & centralized! It would only take 5 people to compromise over $4B. 4 of these individuals are the founders of Polygon! Representing one of the largest hacks ever, just waiting to happen. Reckless & irresponsible, a warning to the wise:
BillyA November 4, 2022, 7:14am 16

Any possibility this can be reconsidered?
Seems that the LP is even smaller now

Now that temple LP was allowed to be breaking LP with rage quit, can we implement same feature to this pool? Can I repropose this with this feature?

Can an author of the space make a snapshot proposal like the one for temple here: