When the richest users hold all the power, these protocols do not belong to the people. Lobis is here to change that. 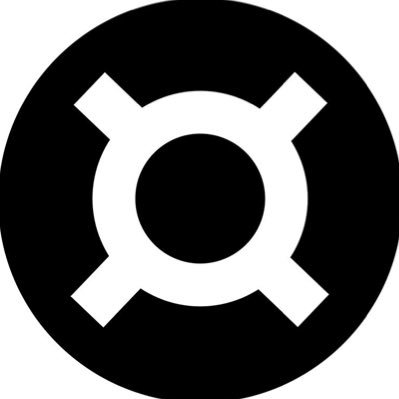 @fraxfinance
Awesome proposal by Lobis to acquire $FXS and a whole host of other DeFi blue chip tokens for a huge protocol owned treasury of governance tokens. We strongly support our Lobis friends. 🤝 Bullish! https://t.co/x8e2kLEPp5

Lobis is a protocol that plans to collect and hold governance assets in a number of projects and has named FXS as one of the first assets it plans to hold.

Lobis plans to use its assets to partake in voting in FRAX governance and gauges.

i propose Lobis is whitelisted for veFXS staking.

Yeah, I persoanlly am all for it. They are a bunch of big brained peeps.

All for this proposal.

Lobis are clearly aligned with pushing the ecosystem forward a with a noble vision and open source methodology.

By having a community drive “good-actor” early on Frax can create a more robust governance framework.

am all for this proposal, Lobis is a nice initiative. Everyone can read more here:
https://forum.olympusdao.finance/d/372-oip-44-implement-lobis-as-a-governance-arm-of-olympusdao/6

To put it in a nutshell for those who don’t have time to read:

I think for Frax it would be a great opportunity as it will create a strong incentive for other protocols to work as fast as possible to be able to build on top of Frax and grab a share of Lobis’ reserves.

Furthermore, as Lobis will not sell its FXS reserves, it will be like a “blackhole” for FXS, and help FXS becoming a deflationary asset, which will have positive impact on Frax LP APYs.

What could happen if Lobis were to get whitelisted?
First, there are no protocols built on top of Frax to date. Therefore, a whitelist would enable Lobis to start locking FXS for a short duration, while other protocols build a strong FXS locking offer (Convex has already mentioned they were working on it).
Then, if only a limited amount of protocols build on top of Frax, Lobis could potentially keep locking to balance the power of those protocols and protect Frax’s governance and decentralisation.

here is Lobis’ most recent post to expand on the vision: First Envelope - Lobis: The Soul — Mirror

Looking forward to voting on this great proposal!

you should have put this up as proposal, we have a bit of OHM voting power but due to the constant amount of spam votes on OHM its hard to notice all the meaningful ones

this has been posted for 5 days with no negative feedback. i will put it up for a snapshot vote.

idk, i feel we should not rush into this. we still don’t know how lobis will work, in their proposal they even mentioned that they may even not lock governance token themselves, the mechanisms of how it will work are supposed to be released 72hrs after the 19th, so they may be coming up soon. Also, 100% of the initial LOBI supply will be allocated to Olympus, there is currently a proposal in discussion to do a direct swap with Olympus, so we have to be careful to not hand out the FXS monopoly to OHM.

if the vote to swap with OHM passes then its for $5m worth of FXS from a $850m circ market cap, or about 0.6% of the supply. if they locked in veFXS for 4 years that would get them around 1-2% of the total voting power, depending on how much of the supply is locked and for what length of time.

this is not a monopoly and other whales already have this sort of voting power.

Voting isn’t very popular, for example for the recent poll to allocate bribes for votium (Snapshot) 2.4M votes were cast. Now let’s say we swap with Olympus 5M at a price of $15 per FXS. That would get them 333k FXS, lock for 4 years and they get 1.2M veFXS. Now if they team up with one of the whales you mentioned, basically all frax governance would be controlled by 2 people/orgs.

seems like a good reason to not vote for the $5m swap then.

personally i think we should be working with other protocols and we should let them buy FXS on the open market and use it as they see fit.

i would rather work with protocols that show clear intent to hold FSX and never sell it over protocols that agree to hold it for 12 months if they can buy it at a discount.

the idea of a small number of whales teaming up to control the voting is something that can and does already happen, so i dismiss that point.

100% of the initial LOBI supply will be allocated to Olympus

this is a bit misleading,
some of the supply will be paid direct to OHM
some will be used as liquidity in a trading pair with OHM
some will be sold as bonds via ohm to the open market
some will be issued as an airdrop to supporters of the project.

so yes, they will be using OHM’s protocol as a way to launch their own, but they are not just handing all the tokens to OHM, most will be sold as bonds on the ohm bonding system