I’d like to propose a gauge for the Angle protocol where I am a Core Contributor. The Angle Protocol is a decentralized stablecoin protocol with $130m of TVL and more than 77m stablecoins issued.

Add a gauge for a FRAX/agEUR pool on Uniswap V3

The Angle Protocol has launched a Euro stablecoin, and was designed to be able to issue stablecoins pegged to multiple assets like CHF, GBP, JPY. We currently use DAI and USDC as collateral but plan to use other types of decentralized stablecoins as collateral like FEI and FRAX. You can check the discussions in the Angle governance forum to use FRAX as a collateral: 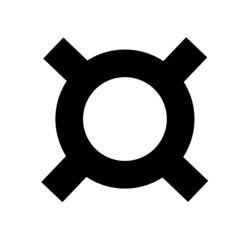 AIP-3: Accept FRAX as a collateral for the Euro Stablecoin

I agree with you. It’s great to associate with a highly decentralized, dynamic program.

FRAX as a collateral for the Angle protocol could bring a lot of benefits for FRAX and FXS holders. First they’ll be able to swap FRAX to mint agEUR. Angle has also strategies built on its protocol and by depositing FRAX on Angle you’ll be able to get the Aave yield with a multiplier effect on the yield. Long FRAX/agEUR perpetual options will also be available.

The Angle Protocol has a LM mechanism similar to that of FRAX in the sense that ANGLE rewards are distributed every week to different pools: in the case of the FRAX/agEUR pool, ANGLE rewards could also be distributed.

In the end, benefits of the gauge:
1.) Create Euro exposure for FRAX holders through the FRAX/agEUR pool
2.) Angle can further incentivize the gauge with ANGLE rewards doubling the token rewards for users
3.) Build a partnership with a decentralized stablecoin protocol (that does not plan to go to USD) that builds in itself many interesting use cases for FRAX holders like strategies for FRAX on Aave

the more the merrier, let’s do it.

i see no harm in adding this pair to the gauge. gives people more options and another pool to get a veFXS boost in

Very open to new partnerships that onboard FRAX as collateral!

One question; to what extent would the FRAX collateral within Angle be locked/redeemable? A quick glance at the WP seems to suggest the latter, which makes this less attractive vs a partnership w TEMPLE which locks the FRAX. Havent done too much reading yet. There are likely to be other considerations as well, but just throwing this out there.

I’ve personally tested Angle on their testned and was quite impressed. Would love to see an integration with Frax.

Collateral within Angle is always redeemable by people using Angle at a 1:1 rate. What’s even cooler is that Angle uses the FRAX in its reserves in strategies: in the case of FRAX it’s just going to be strategies on Aave

did they ever put this up for a vote ?

No we will propose the vote today!

May I recommend that this become a G-UNI pool as well? Angle already has a G-UNI pair with for agEUR / USDC and one could be created for FRAX/agEUR as well.

What happened with the FRAX/ agEUR pool APR? Its more than 3X less than USDC or DAI but for this week it seemed to have proportionally solid amount of gauge votes?