Eternity is a blockchain agnostic Play-and-Earn RPG. Our primary goal is to create a decentralized and immersive game with a sustainable economy that delivers value to both stakeholders and players.

We have identified a need for a product that is a game first, and leverages blockchain technology second: play-and-earn, rather than play-to-earn. By combining the lessons of DeFi with entertaining RPG mechanics we can create synergy between blockchain enthusiasts, traditional gamers, and the general public.

Eternity invites FRAX to participate in the Eternity seed round as a protocol DAO. This round includes investments from PIF.vc.

FXS Holders benefit as a direct result since GLORY tokens would go toward diversifying the protocol balance sheet. To align incentives, we are committed to using FRAX-GLORY as our pair of choice and intend to apply for an FXS gauge in the future. We find that the Frax protocol is building the most robust monetary system in all of DeFi and seek to become positive-sum partners well into the future.

GLORY is the revenue-bearing asset and Eternity governance token. GLORY can be used to purchase items. GLORY is primarily rewarded in-game for completing significant challenges or special events and can be staked in exchange for experience potions - important consumables which can help level up Heroes. GLORY stakers also qualify for rare NFT airdrops, in-game achievements, and access to special challenges and Heroes. Finally, stakers receive voting rights on the future direction of game content and the grander story of Eternity.

For: Invest in Eternity & attain the full $500k allocation

Community manager for Eternity here to chime in. Why use USDC for liquidity when we can use Frax? Hope to see some action on this proposal!

If interested readers want more information be sure to check out the Eternity website for our whitepaper and v1 trailer. Our initial launch is planned to be on Avalanche but will expand to other chains over time.

Excited to see this proposal come to fruition. As we said in our initial post back in January, we want to utilize Frax as both a liquidity pair for our token Glory. We believe in what Frax is trying to do, and support it wholeheartedly. Looking forward to the potential partnership!

The Eternity Team really appreciates this opportunity, thank you for your consideration. We are very passionate about fun game play, player driven economies, and decentralization. We think you will like where we are going to take this.

100% support this proposal. This is an obvious play for Frax to increase its adoption in GameFi and the metaverse and if successful can be replicated in the same manner. Just as FRAX become the stablecoin of choice for OHM and OHM forks, the same can happen in this realm as well.

I like this idea in principle. I’m broadly bullish on GameFi and these sorts of investments seem like a potential value add since wouldn’t be just getting a seed investment but also a possible driver of demand for Frax. I also kind of like the thinking of trying to become the standard stablecoin of GameFi like we were the stablecoin of Ohm forks.

That being said I don’t know anything about this specific game and really cant say if a FDV of $33M is reasonable.

Sort of along the same lines not sure about the allocation size. $500k in as a seed investment seems a little on the larger side, we’d end up being around a 1.5% owner of all GLORY tokens.

I’m definitely not totally against this, if anything kind of like it, but would want to hear from others with better knowledge of this game and team and if they think the project has promise as well as if the proposed MC is reasonable.

LFG
I LOVE ETERNITY AND I THINK THIS WILL BE AN AMAZING GAME IN DEFI
Frax x Eternity!!!
Hypes me even more!

I am also bullish on GameFi, I joined the Eternity discord, and I’ve followed this project since early January when the Eternity team came to these forums and introduced themselves. I think that the valuation looks low for how much has been developed and the size of their team.

If I were to categorize projects that are similar to Eternity, I’d place Crabada in the same league.

Looking at Eternity, they have what appears to be about 4k accounts on their Discord, and if we consider 25% of them being participants in the game (substantially discounting for server hoppers and inactives), they should start with about 1k actives. The team did an AMA with a group on crypto twitter where they described the cost to entry for their game at ~$160 for a “common pack of characters”, with rare packs of characters scaling up from there. To me, this indicates that they may be able to capture a larger audience vs. Crabada where the cost to entry can be substantially higher. The team has also stated that there are over 15 people working on this project across different disciplines (dev, design/art, etc).

Based on the above metrics, my “gut feeling” (for whatever that’s worth) is that their governance token, $GLORY, will shoot up in value because it appears to be underpriced at this stage.

You’re 100% right that Frax is the primary stablecoin of many of the OHM forks. I think that expanding into GameFi is a logical next step, as it increases brand awareness for Frax which benefits us as FXS holders.

Bottom line is that I support this request. I’m curious though – @fraximalistdave, @samkazemian, have you guys talked to this team?

The Eternity publicly available documentation and information looks top notch. I’d be curious to see if additional conversations have occurred.

This is really great possible seed for Frax, for many reasons, I would even argue that the allocation is quite small but I might be a bit biased since I have been following Enternity development closely.

There is one reason I would like to highligt here and that is the fact that Eternity as I see it has many signs of potencial to - let me shout this- BRING WIDER NONCRYPTO AUDIENCE INTO OUR WORLD!

I see many play2earn projects, successful ones, not letting users “play” the game, but rather just “use” the game, meaning gamified environments are built to attract crypto users to interact with crypto.

Eternity(hopefully) can succeed in having gamers enjoy the “gaming”, through using crypto. And of course the crypto crowd will pile in too, thousands if not millions of them must be totally bored with chasing the next pump in very often zero sum - dog eat dog- cryptoverse.

I will play Eternity from day one as will my friends, this is great opportunity to help promote the project and enjoy the community vibe

I fully support this proposal

See the whitepaper here for tokenomics:

Details on page 8 with a nice pie graph.

Eternity is a Play-and-Earn Blockchain RPG. Explore our metaverse and receive valuable loot!

Heimdall covered the tokenomics and distribution with the Whitepaper link. The roadmap is also at the end of the whitepaper.

The current team has grown to 20 strong between lead devs, engineers, artists, animators, audio, and producer.

The game is currently playable in its beta state and the game style is a timed turn-based RPG. Similar to Final Fantasy type games.

Here is a link to our trailer. 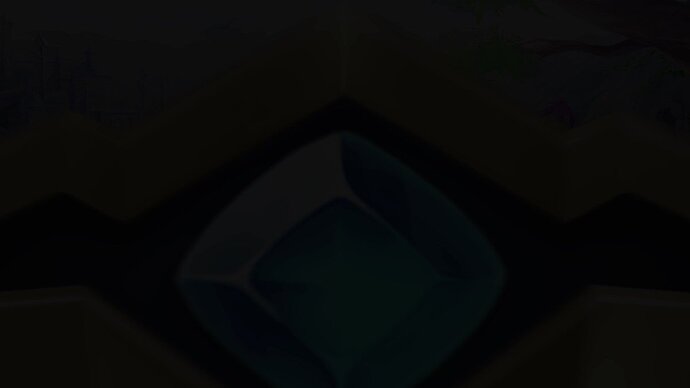 @eternityrpg
Heroes, Today we have something special for you. The Trailer for Eternity! #NFT #NFTCommunity #rpgs #AVAX #FTM #GameFi #PlayAndEarn #Defi #blockchaingame https://t.co/KHIeuH3WnX

Thank you for your interest.

Thanks for your consideration.

The Non-Crypto gamers are a massive market that will not be easy to crack. One of the strategies we will deploy to be able to breach the gap is having a game that can be played 100% off chain. This allows us to potentially provide the game experience to people who don’t have crypto accounts (think mobile games). The game can accumulate and store your rewards off chain until you decide (if you decide) to bring them on chain. Our engine was designed from the ground up to allow for this type of flexibility. We are tied to no chain which theoretically would makes us available to all of them. Thus increasing market capture for each chain we bring on.

Yeah the mobile gaming option with this really interesting feature of offchain play, combined, makes this really appealing, as I said previously, there are many reasons why Eternity can be huge.

I think what might happen is that blockchains themselves will want Eternity launched on them, and devs should push with all their might to make this a success.

Frax would be great partner here, as simple as that

I fully support this proposal. Eternity isn’t just a standard dice role game. The team is 100% dedicated to creating a sustainable and engaging game that can pass the test of time. The art is amazing, the stories are deep, and I’m convinced that the tokenomics will soon be the standard for blockchain gaming. The eternity team is fully committed to their partners/community, and the synergies created by an early investment from FRAX would be a huge win for both parties.

On behalf of the Eternity team, I posted this proposal to a snapshot which can be viewed here:Snapshot